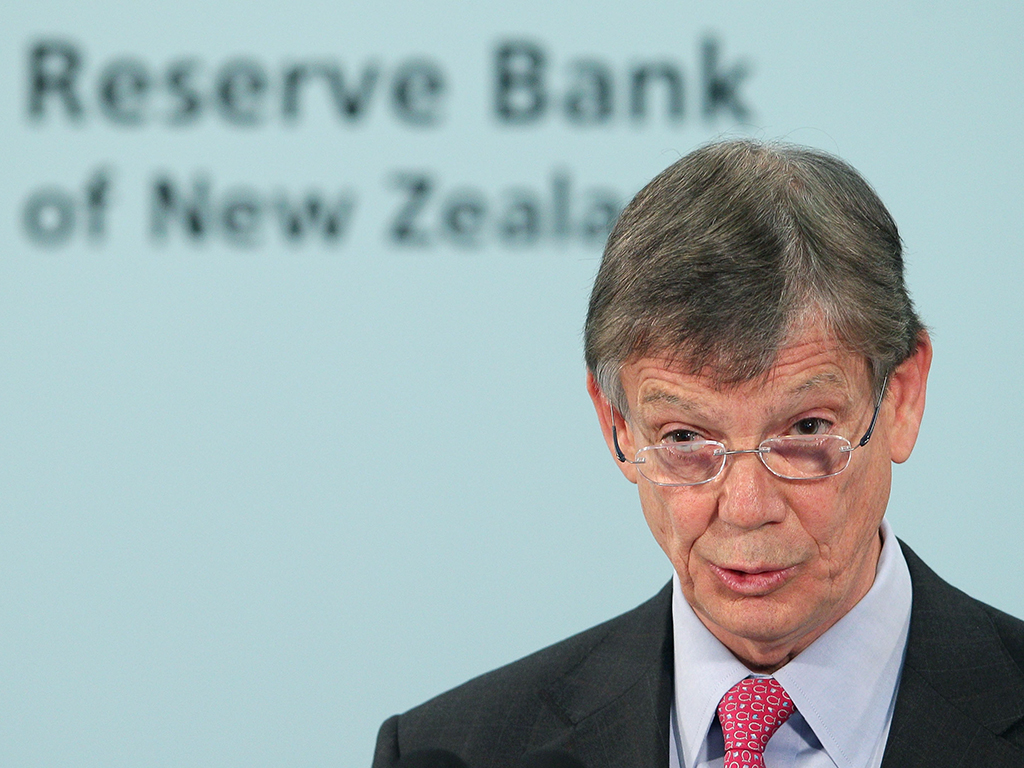 Above: Graeme Wheeler, Governor of the Reserve Bank of New Zealand. The central has raised interest rates in an effort to lower the 'unsustainable' kiwi dollar

The central bank of New Zealand has announced it will be raising interest rates as the kiwi dollar soars. The Reserve Bank of New Zealand said that the local currency’s strength is ‘unjustified and unsustainable‘, as it detailed measures to lower the dollar.

The New Zealand dollar reached its highest level in 30 years in early July, and has continued to trade strongly since. The currency’s strong performance has everything to do with the resilience of the country’s economy throughout the financial crisis. As others struggled to cope, New Zealand saw demand for its products soar from South Asian markets.

In the year to March, the local economy expanded by 3.3 percent, more than both the UK and the US

In the year to March, the local economy expanded by 3.3 percent, more than both the UK and the US. In recent months, investors have started looking to the South Pacific island as an attractive destination, as recovery in the west remains feeble. As a result, the local currency has remained strong.

The New Zealand dollar has consistently featured among the top ten most traded currencies in 2014. There are concerns by the central bank, however, that such a strong currency will start affecting the country’s economy by holding back trade, like dairy, and tinder – two stalwarts of the local economy.

By raising interest rates – the fourth raise so far this year – the bank hopes to cool the currency without affecting its inflation targets.