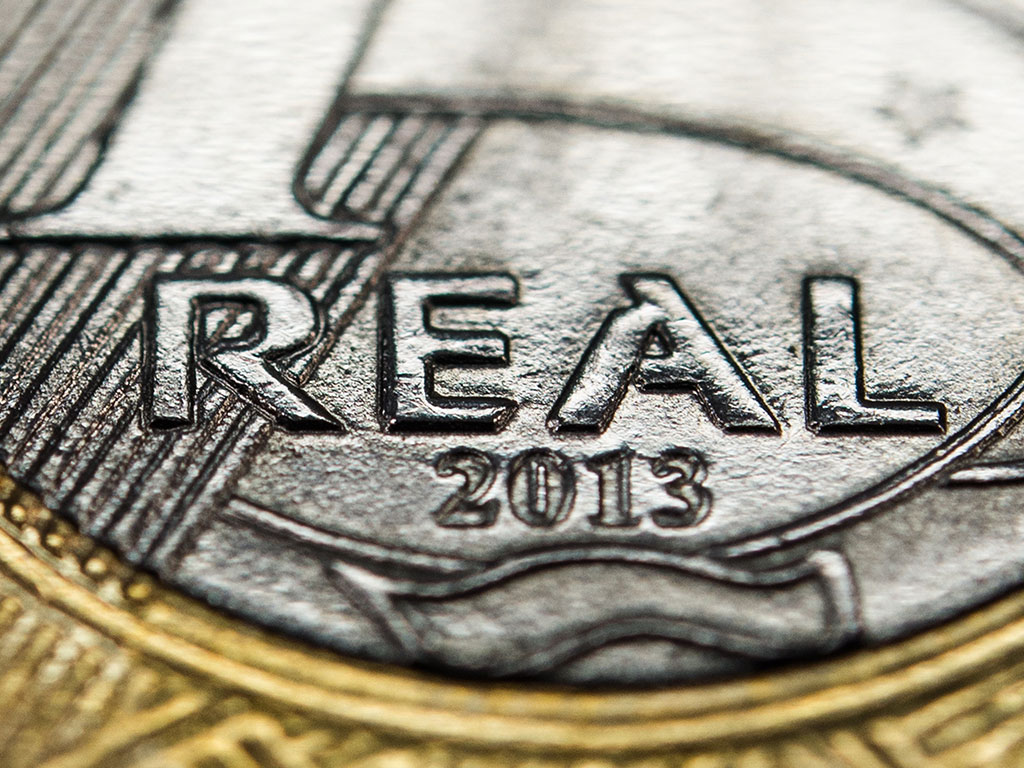 Real drops to lowest in five years, as emerging economies struggle to cope with uncertainties about Federal Reserve plans

The real’s relationship with the dollar has always been volatile, with seemingly bottomless lows, followed by skyrocketing highs. The most recent reports indicate that the real is sinking once again, reaching a five-year low against the dollar.

The real is one of a number of emerging market currencies that have dropped against the dollar over the past few months, amid concerns that US interest rates might start going up. However, the real’s relationship with the dollar is more complicated than that, with the Brazilian government being extremely trigger happy with its monetary policy interventions, making the real more unpredictable than other currencies.

The real enjoyed a strong and stable first quarter against the dollar, but has been sliding since May. Matters were not helped by the Federal Reserve’s announcement that it would not be reversing its monetary tightening policy because of its consequences for emerging currencies. “Other countries simply have to take that as a reality and adjust to us,” said Dennis Lockhart, Federal Reserve boss in Atlanta.

Brazil had previously announced measures to try and curb the real’s free-fall, but these have not had the desired effect. Brazil’s Central Bank has been spending $500m a day between Monday’s and Thursdays and $1bn on Fridays, buying reais on the international currency markets. The idea is to target currency swap markets with the smaller Monday to Thursday buys, and to buy reais exclusively for dollars with the larger Friday deals.

“In general, the central bank has little or no power to revert what is a global strong dollar tendency,” explains Daniel Cunha, chief strategist at XP Investimentos in Brazil. “The dollar is not strengthening only before the real, it is going up in relation to various global currencies, particularly in emerging markets.”

Though the policy will run until December, Guido Mantega, Brazil’s finance minister, has declared the current situations as a “mini crisis”. He has suggested the difficulties faced by emerging currencies are severe, but that the consequences of the current crisis will not have the devastating effect that the 2007 global crisis had on these markets. “The Brazilian economy is more solid [than it was in 2007] in certain regards,” Mantega told the Brazilian press. “For instance, today we have more international reserves than we did then, and less public debt. Our foreign investment indicators remain extremely positive.”

Mantega and his ministers are vouching to limit excessive fluctuations, but so far his policies have failed to deter the massive slump. “There are no fiscal instruments that can revert this process.  And this situation is not exclusive to Brazil; India, for instant, is displaying a very preoccupying currency dynamic. The same goes for Indonesia, South Africa, Turkey and Brazil is a part of this emerging market group that is suffering at the moment,” says Cunha. “So for now the central bank measures have not had such a big effect, but to say that it has had no effect is too strong. The central bank has shown it is vigilant, it is acting and it has been conducting swap auctions, that quantitatively might not seem to be having a huge effect, but are a strong sing and a way for the bank to communicate that it is uncomfortable with the levels the dollar is reaching.”

The Brazilian central bank has, for the time being, refrained from intervening in spot markets, which would be a more powerful, though abrasive, way of trying to artificially stop the rise of the dollar. Cunha says that might not remain the case for long; “there has been speculation in the market that the central bank might be getting ready for that type of action, in case the data in September shows even more volatility.”

The current situation has been prompted by the US Federal Reserve’s announcement that it would be winding down its easing policy, leading to a currency flight in emerging markets.  Brazil has been left particularly vulnerable because of its huge deficit, and despite Mantega’s assurance’s, and because the country has become increasingly reliant on commodity exports.

Brazil has also been the recipient of substantial amounts of FDI over the past few years, as investors have had access to cheap cash against the dollar.

However, that process appears to be unravelling somewhat, as speculation over the Fed’s easing policies intensifies, and the value of the dollar skyrockets against the local currency. “The first consequence of this excessive volatility the real has been experiencing over the past three months has been negative on the economy,” says Cunha. “In a first moment a currency shock triggers a deterioration of inflation. There might be a case for the Central Bank to step on the breaks of interest rates, if indeed it is confirmed that currency transfers in domestic prices: and that bodes badly for growth perspectives.

“For those who are planning long-term investments, the short-term perspectives are very noisy; there is poor visibility for currency movements and poor political visibility, given the recent vertiginous drop in popularity of the current president. There is a lot of uncertainty, and the exchange tends to add even more uncertainty for any uptake of investment in the short-term. Even if in the medium term it would be good for the real to return to a baseline that is closer to equilibrium that would help exports to return to stronger activity, and would inhibit imports to the extent that the industry will have to seek growth; in the short term this exchange has negative effects for the economy.”

At the moment Brazil are totally at the mercy, and totally exposed to the upcoming announcement of US economic policies that will be revealed by the Federal Reserve in September. The market is expecting that the Fed will provide more clarity to its future stimulus reduction policies during its meeting on the September 18. Cunha says that the dollar is unlikely to drop much in relation to the real, but that is will stabilise. “I would risk that saying that we are expecting the real exchange to hover around R$2.40 for the dollar, because I don’t believe there are many more relevant shocks in the pipeline. I believe the fed will be able to dissipate this anxiety and anticipation around their planned policy announcement. When the many question marks that are floating around are cleared up, the market will calm itself and the pressure on emerging economies will be alleviated.”