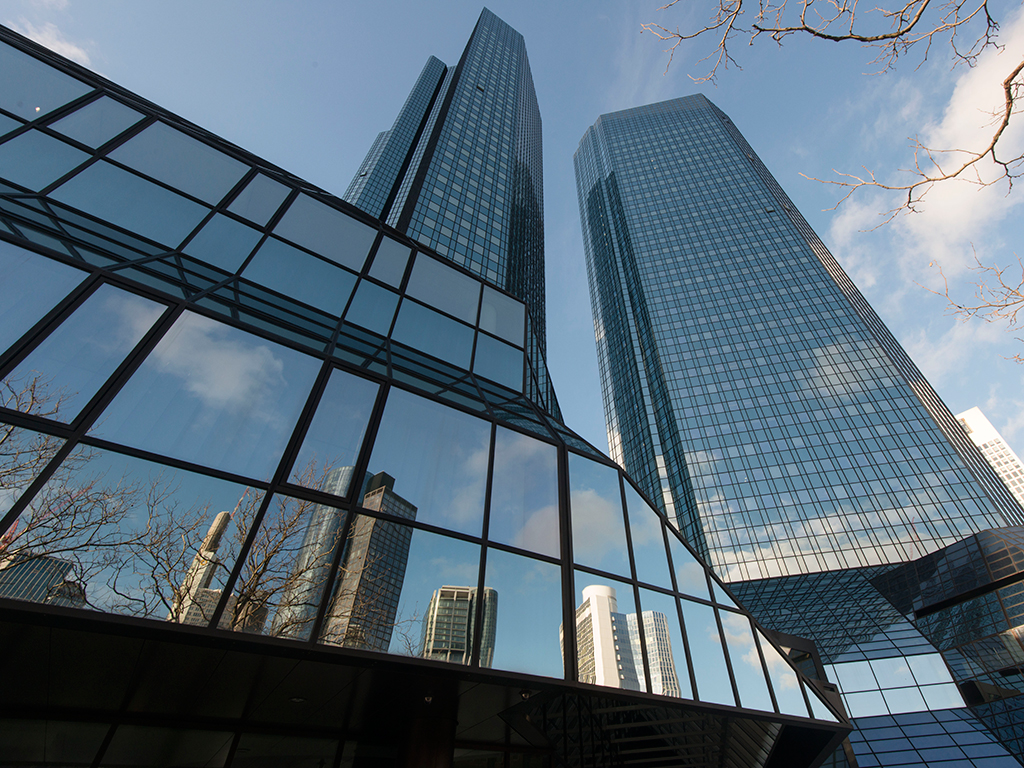 Deutsche Bank's headquarters in Germany. The bank is one of five of forex's largest dealers in terms of global forex trading volume

As forex trading volumes remain slow due to lack of volatility in global markets, advances in high-speed technologies are also having a major impact, researchers have found

In a study released in October, Greenwich Associates reported a market share shift in favour of the world’s top five biggest forex dealers.

From September through to November 2013, the market research firm conducted in-person and telephone interviews with 1,584 investors from across the globe detailing information on forex trading.

It was found forex algorithm client usage grew 11 percent worldwide in 2013, up from 7 percent the year before. Greenwich Associates predicts this could multiply to 18 percent of institutional investors by the end of this year, forecasting the trend may continue for at least the next six to 12 months.

It was recorded the five largest forex dealers – Barclays, Deustche Bank, JPMorgan Chase & Co and UBS – have increased their market share capturing 53 percent of global forex trading volume in 2013, up from 48 percent the year before.

Greenwich concluded the major dealers have the resources to invest large sums into innovative technology, giving them an edge over smaller competitors. “In a market segment where three-quarters of volumes are traded electronically, forex dealers also feel squeezed as massive and ongoing investments in technology are a must despite razor thin margins on trades,” the report stated.

Greenwich Associates Market Structure and Technology Principal Kevin McPartland told Institutional Investor the banks were leaders in forex because of their continual investment and improvement in products. “Investors are fickle and if they feel like they are not getting the service they expect, they’re going to quickly move to someone else who will provide them that service,” he said.

Continental FX: “A successful trader is an active trader”