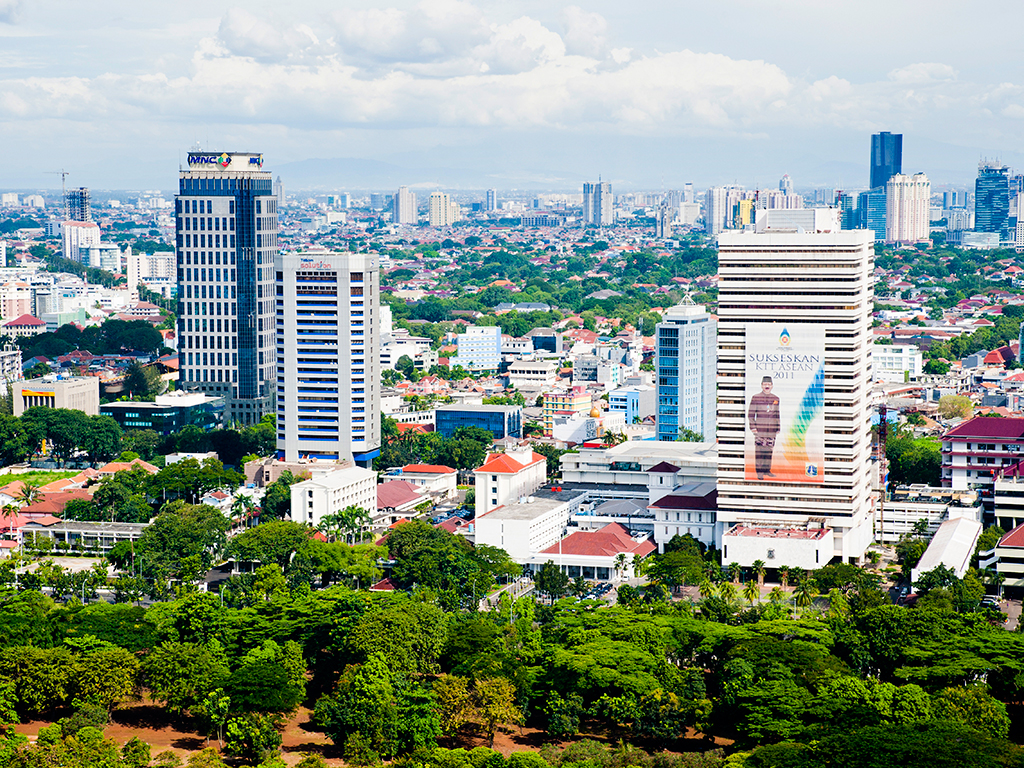 The city skyline in Jakarta, Indonesia. The country's currency has taken a hit as the Ukrainian Crisis, Gaza War and Ebola outbreak in Africa have made investors more averse to risk

Uncertainty in the global markets and weak economic data has seen Indonesia’s currency and government bonds take a dip, despite the country being set for strong growth this year

Indonesia’s government bonds fell, and the nation’s currency and stocks declined, after weak economic data and renewed tensions in Ukraine have curbed global demand for riskier assets. Asia has been particularly hard hit by risk aversion in the past week, despite some of the dragon economies having strong predictions for growth this year.

The Indonesian rupiah has generally performed strongly after the IMF earlier this year predicted GDP growth above five percent for Indonesia. However, the rally ended after Russian President Vladimir Putin ordered his government to prepare a response to US and European sanctions. What’s more, the rupiah and stocks fell after new data showed Indonesia’s economy grew the least since 2009 last quarter, and the nation’s trade balance swung to a deficit. This prompted several investors to pull out of riskier investments and sell their Indonesian government bonds.

“The Indonisian Rupiah rarely moves irrespective of other emerging markets currencies, simply because the global volume traded, is close to nothing compared to G7 currencies. However, emerging markets currencies tend to be sold, when there are crises and uncertainties around the world. With the Ukrainian Crisis, the Gaza War and an Ebola outbreak in Africa, investors look to find so-called safe havens to place their money, which is why the Indonesian Rupiah is being sold and currencies such as CHF, USD and JPY are bought,” explained Morten Hemdorff from UKForex.

The disappointing data has been compounded by the country’s political tension, as the losing party in Indonesia’s recent presidential election has gone to the country’s constitutional court, claiming significant voter fraud. Prabowo Subianto lost by about six percent to Joko Widodo, who has signalled for reforms, better social welfare and a further opening up of the economy. Widodo has long been a market favourite compared to Subianto’s protectionist policies. However, observers have maintained that the election process was conducted fairly and do not expect a change in the result.

In addition, non-deliverable forward contracts in the rupiah have dropped significantly in recent weeks and, as a result, Bank Indonesia has set a fixing for settling the contracts in order to avoid further volatility.