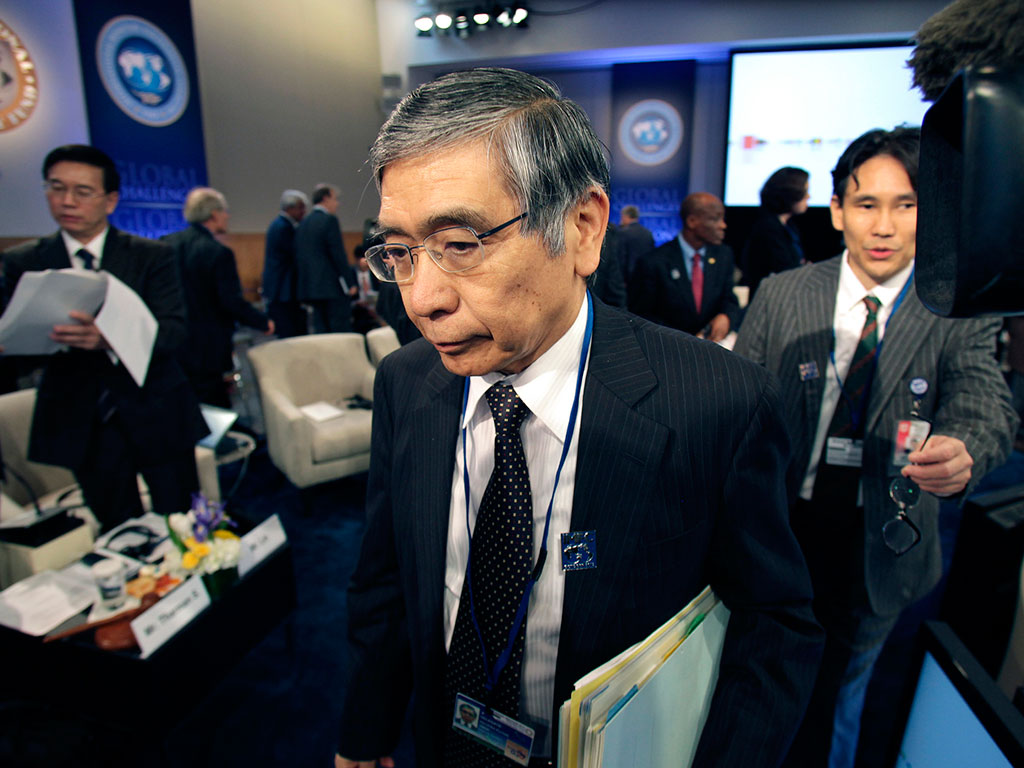 The world economy of today is akin to the weather, with its unpredictable surges and the gloomy days, and within the financial ecosphere its own version of storms, hurricanes, floods and even earthquakes have all struck. Finance and nature do have one thing in common: when disaster strikes, it naturally boils down to survival of the fittest.

Speaking of surviving the economic storm, it’s almost impossible to ignore assertions made by those in power about how their ideas could improve current conditions or prevent future calamities. Naturally, it’s difficult to determine whether their claims are based on facts or simply fallacies, and many are torn over whether they should believe.

Below zero
Since the financial crisis, interests rates have been near zero with the ultimate aim of making it easier for others to borrow, whether big financial institutions like banks, homeowners, car buyers or the general public. However, there are two sides of the coin, and when the economy improves central banks will then want to increase interest rates using several tools.

It’s imperative to understand that the whole system has been devised like clockwork, but with the presence of controlling parties that pull the strings as described below.

The financial system’s mechanics
The money-flow system in the case of the world’s biggest economy – the US, is made, first, by the presence of the Federal Reserve. The Fed, as it is most popularly known, sits at the top of this mechanism, and under the Fed two other participants complement this circuitry: big banks and the home loan banks.

The recent financial situation has been inundated by comments from financial commentators blaming the Bank of Japan’s (BOJ) decision to lower interest to below zero earlier this year. The fact of the matter is that central banks that pull the strings from above decided to do so in order to control inflation and keep their prices down to benefit the country’s exports. Yet it spiraled into a global market chaos.

BOJ’s decision has labelled an act of desperation by some analysts. Robert Brusca, chief economist at FAO Economics, said, “This is an interesting move that looks a lot more like desperation or novelty than it looks like a program meant to make a real difference.” Kit Juckes, global macro strategist at Société Générale said, “Germany, Switzerland and Japan, the three great current account powers of the post-Bretton Woods era, whose surpluses have financed the frivolity of baby boomer Anglo-Saxons, are being told in no uncertain terms to stop saving.”

It looks like no matter what the banks are doing; whether they’re reducing or increasing the interest rates, one common objective is clear: to swiftly sweep the matter under the carpet to convince the general public that it’s under control. In Japan, banks are not able to put the breaks on buying bonds, but their central bankers are claiming this to be the solution to ward off deflation. The real question is whether this is happening elsewhere.

This scenario is not limited to Asia. For example, Denmark, Sweden, and Switzerland are all struggling with economic difficulties caused by either deflation, asset bubbles or bond market problems. At the root is one problem — the entanglement of the effects of negative rates from QE and other unconventional policy measures, which the Fed and other central banks sell as ‘Tools’ to resolve the issue.

Risks and opportunities
The implementation, as well as the possible implications, of introducing negative interest rate policy (NIRP) to the global economy may pose both risks and opportunities. Additionally, geopolitics seems to have taken centre stage in driving today’s financial markets to a state of chaos. In realising this, it would be beneficial for market analysts, strategists, traders or investors to possess a structured plan that enables them to recognise links of consequential causal chains that would create ripples in the financial ocean.

With a new approach in mind to more effectively analyse the market, Orbex has identified four ‘geopolitical’ happenings that are of significant importance. In our opinion, investors and traders should be aware of these ‘hot news’ items that may have some synchronistic values to the decisions made by central banks in the areas of monetary policy (eg. to lower or increase interest rates).

As far as the price of oil is concerned, the questions to ask are; how low and for how much longer will the price of oil stay low? Lackluster economic growth with swelling global supply is leading crude oil prices to fall, from over $100 a barrel to lower than $30. Low oil prices are disproportionately helping lower-income groups because fuel costs gobble up a significant share of their limited earnings.

However, oil-producing countries like Nigeria, Ecuador, Brazil, and Russia have suffered economic and even political turbulence. Big geopolitical losers include Venezuela and Iran (with possible consequences for its negotiations over nuclear weapons and economic sanctions). For those impacted countries it may also be causing shakes in their economy and currencies tied to oil prices.

What’s more, falling oil prices together with economic sanctions on Russia have seen both the Russian economy and its government’s revenues face tremendous pressures. Currently, Russia is facing a restricted cash supply, which will curb its previous strategy of throwing money to countries to compel their cooperation. Since the middle of the last year, Russia has slowed giving out smaller loans to foreign countries and has approved only a few large loans.

Elsewhere, most of us may link the European crisis to Greece and its current debt situation. However, Italy may turn out to be a surprise to all of us, possibly, as the next Greece. Italy’s steel industry may suffer if China is granted the Market Economy status by the summer of 2016. It would then impact the euro if Italy or any other neighboring country within the Eurozone is impacted by China’s new status.

Most of the media and investors are fixated on ongoing instability in Chinese markets and the bungled devaluation of the renminbi. Yet many experts believe the real problems lie elsewhere. Other emerging markets that are worse off than China could be Brazil, South Africa, Thailand, and Turkey.

Summary
‘Fear of the unknown’ is perhaps why markets are responding so impulsively. Uncertainty, on the other hand, may have also contributed to the decisions of central banks and gargantuan drop in asset prices. Additionally, overreactions driven by trader emotions are then reflected in markets as a result of overreacting to every piece of news that emerges. The world may be transitioning into a new business cycle. Perhaps as for now, the financial world is in a phase of ‘discovery’ or to put it more accurately ‘high-risk experimentation’, and whether a country or a bank’s action in the aftermath of the crisis will prevent a 1930s-style depression, or maybe just postpone it.

Kenny Simon is an Orbex educator and a certified Business coach (IPMA), researching the geopolitical aspects of the current forex market, with a specialised interest in principles of geometric trading & price action.