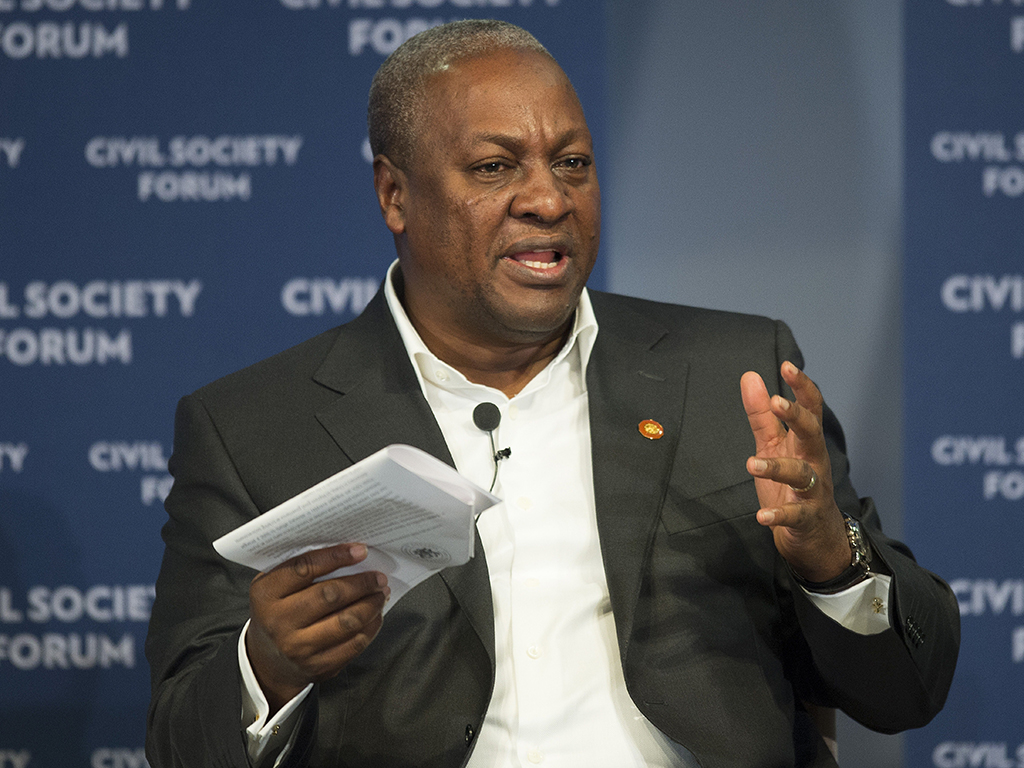 Ghana has surprised many around the globe by submitting a formal request to the IMF for aid. President John Mahama (above) has said he wants to turn the country's deficit around "quickly"

Following a prolonged stint of economic uncertainty, Ghana has finally submitted a formal request to the IMF for aid to overturn the continued depreciation of the cedi and close its widening fiscal deficit. The announcement came from Ghana’s Finance Minister Seth Terkper as he acknowledged that emergency funds were necessary for the West African nation to restore financial stability and bolster investor confidence in the country’s potential.

Speaking in Washington for the US-Africa summit, Ghana’s President John Mahama warned that structural adjustments were necessary for the country to balance its books. “The international capital markets… think there is a credibility gap unless you have the support of the IMF,” he said at the summit. “We want to work with them and see how we can turn this deficit around quickly.”

Although the president has long denied that Ghana is in need of international assistance, the rate at which the country’s currency and deficit have worsened has put the solution beyond the capacity of any domestic solution.

The cedi has fallen approximately 40 percent against the dollar in only the first half of the year, making it the worst performing currency in the world, ahead of even the Syrian pound or Ukrainian hryvnia. What’s more, a spike in government spending, largely on public sector wages and subsidies, has pushed inflation up to 15 percent, which is again driving the currency’s fall. “The ultimate objective is to stabilise the cedi in order that domestic prices will be brought under control,” said Terkper on local Joy FM radio.

The bailout request makes Ghana the second sub-Saharan African nation to seek the IMF’s assistance, after Zambia opted for a similar strategy in June. Ghana, however, will come as a far greater shock to investors, given that the country was the first African country to break free of colonial rule and was, until recently, seen as a model for economic and political prosperity on the continent.

Brazil’s GDP growth to be the lowest on record