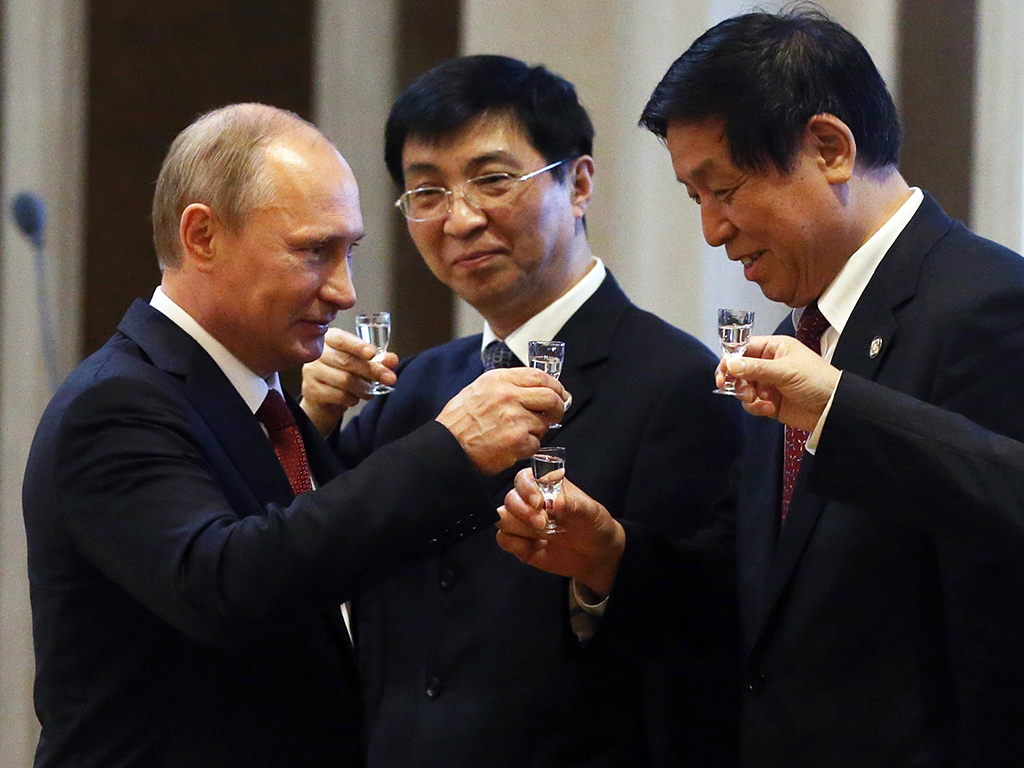 President Vladimir Putin on his recent trip to Shanghai, China. Russia is keen to establish ties with the east to reduce its economic reliance on the west

As tensions between Russia and the US heighten over the situation in Ukraine, the Kremlin is seeking ways in which it can reduce its dependence on western business in the face of potentially damaging sanctions. After talks over collaboration between energy firms, it has been announced that the two countries will also look to work together over currency swaps.

Looking towards the east has been President Vladimir Putin’s favoured strategy in recent months, with his visit to Shanghai in May representing a notable coming together of two global economic powerhouses. The eventual signing of a colossal 30-year gas deal worth a reported $400bn was trumpeted by Russia as evidence that it was not reliant on western trade.

The news that Russia and China’s central banks are now working together with regards to currency swaps will add to the sense that Putin wants to continue his eastern pivot and disentangle the country’s economy from western influence. At present more than 75 percent of trade between the two countries is settled with the US dollar.

After Putin’s trip to Shanghai in May, he revealed that talks between himself and China’s President Xi Jinping over further collaboration over the rouble and renminbi. “Work is underway to increase the amount of mutual payments in national currencies, and we intend to consider new financial instruments,” he told reporters.

Announcing the news August, Russia’s Central Bank said that an outline agreement had been met between the two countries, although further negotiations would be taking place. “The draft document between the Central Bank of Russia and the People’s Bank of China on national currency swaps has been agreed by the parties.”